Check out Fulvi's Patreon for more of the sexy Stephanie.

Eric from Business of Loving gets a bit lost on his way back  from work, and ends up in an interesting place... Welcome to Fertile  Grove!

Stephanie is nice enough to give him a little shelter for  the night, but her hospitality comes with a little more than just a bed  to sleep in...

Play this crossover mini game by Dead-End and Fulvi!

FIRST OF ALL HOW IN THE ABSOLUTE FUCK DID THIS OTHER KID MEET LORRAINE AND THEN FUCK HER WITHIN THE 2 FUCKING HOURS THIS KID AND LORRAINE MET AND IN BOL IT TOOK ME A GOOD FUCKING MONTH OR 2 TO GET HER JUST KISS ME AND EVEN THEN IT STILL TOOK A GOOD COUPLE OF FUCKING WEEKS TO FINALLY FUCK LORRAINE!!!!!

So the moral of this discussion is

thanks everyone for coming to my TED TALK

Lol, this is a very Non-Canon crossover. In reality they're not actually connected, it was just to promote both games. Thanks for your TED TALK though.

but it was just something i was thinking about

i also did that for the laughs

Is Pregnancy going to be apart of this game?

This is just a mini game with no future updates.

All good. fun game though!

Where I could find Fertile Grove? 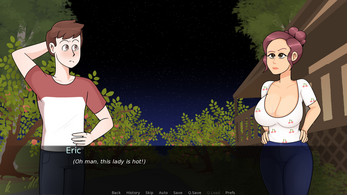 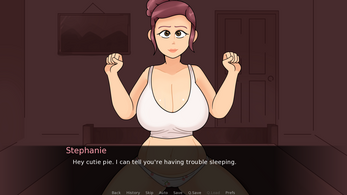 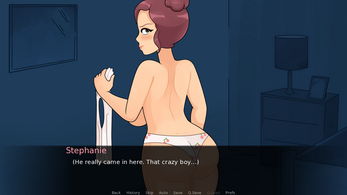